A Wolf For Christmas 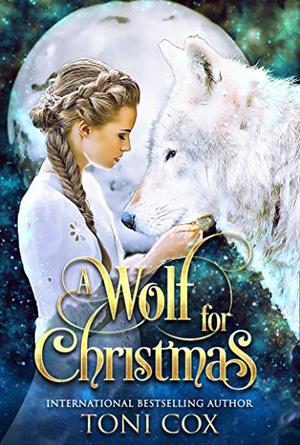 A romantic fantasy to melt your heart for Christmas from International Bestselling Author Toni Cox.

Anchorage has always been his home, but a murder forces Logan to flee to Canada. Detectives Johnson and Moore soon find him even there, and, desperate, the wolf shifter makes his way to Juneau on foot.
But fate throws its deadliest terrain and fierce predators in his path. Fatally injured and unable to continue, he is brought to G.L. Jones Expeditions – a dog-sledding operation – and right into the arms of Kimberly, the family vet.
Kimberly is slowly regaining her self-confidence after a mentally and emotionally abusive relationship, and she’s happy, now, with her family and her dogs.
When she gets brought this beautiful but broken wolf to nurse back to health, strange things happen as the wolf regains consciousness, and Kimberly isn’t always sure she can trust her mind. Whenever she touches him, her body tingles in the most unsettling way.
When he looks at her with his glacial blue eyes, it seems he can look right through her. The more he heals, the more she is convinced the wolf understands everything she’s saying – and she wants nothing more than to talk to him.
But there are cops in town looking for a fugitive and a wolf, and something isn’t adding up. Kimberly’s protective instincts kick in, but she’s in for more surprises with her rescued wolf than she could possibly comprehend.
Logan is soon not only fighting for his life but for Kimberly’s, too.
more
Amazon Other stores
Bookmark Rate Book

Similar books to 'A Wolf For Christmas'

All books by Toni Cox  ❯

Buy 'A Wolf For Christmas' from the following stores: