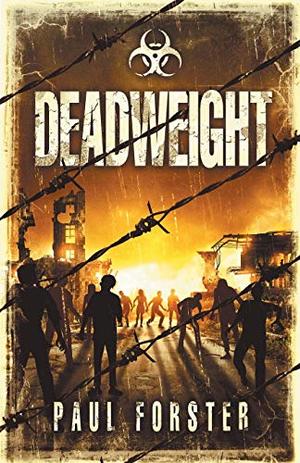 When they created the perfect weight loss drug, they accidentally created the perfect zombie. Eat what you want, when you want, who you want. Millions of people from desperate teens, to pop stars, to brides and successful businessmen are attracted to the cure for fat. One which allows them to eat anything they want and still lose weight. Quickly it passed between the users and those around them, even a kiss shared the microbe that would condemn the affected. Silently over weeks tens of millions of people were infected.

No corner of the Earth would escape the carnage.

The lucky ones became mindless beasts, looking for their next taste of human flesh, the hunger taking over everything they were until they exist purely to feed. A few unfortunate souls suffer with the hunger of the dead but the mind of the living, they're neither dead nor alive but something in between, something far more dangerous to the surviving humans.

The government have given up on their citizens having been unable to contain or destroy the plague that is destroying humanity. Everyone wants something from you, whether it’s your bottle of water or the flesh off your body.

Where the dead haven’t ravaged, the army have destroyed in a desperate attempt to stop the spread. In the South East of England a Police officer, soldier, executive and IT geek are amongst those trying to make their way in the new dead world. Unsure of their place in it or how long they’ll last until they become a feeders next meal.

In the world of the dead, what will the living have to do in order to survive?
more
Amazon Other stores
Bookmark Rate Book

Buy 'Deadweight' from the following stores: