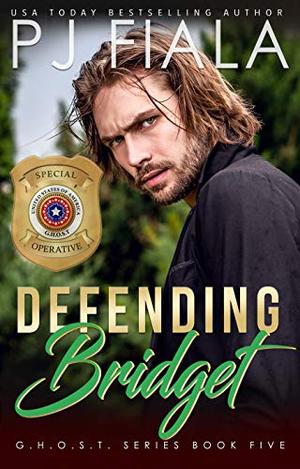 What happens when the past doesn’t stay in the past?

Axel Dunbar was devastated when his former girlfriend aborted their child. Needing an outlet for his anger and frustration, the Army became his salvation. Eight years later GHOST came calling and Axel jumped with both feet into the often times murky world of cleaning up others’ messes.

Bridget Byrnes is Army strong, an expert markswoman and a wounded veteran. After a chance encounter with a sexy stranger left her pregnant, and locating her baby’s father proved fruitless. Bridget set out to be the best mom she could be. Until a meeting with a friend five years later brings her face to face with the man she'd never thought to see again.

With a madman bent on revenge for the GHOST team, Axel's world is thrust into chaos as he fights to save the son he's only just discovered—and the woman he's come to love—from the evil that lurks all around them.
more
Amazon Other stores
Bookmark Rate Book