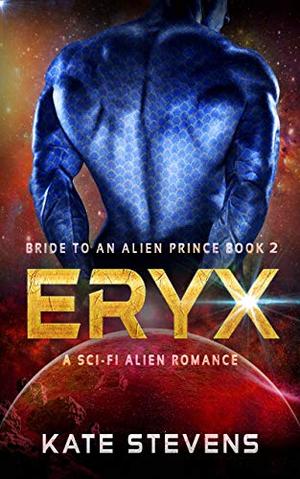 Olivia never expected the intergalactic wedding of the century to be so bloody… or that a scarred alien prince would rescue her from near-death.

Olivia Harper has always hated weddings—a fact made worse when terrorists attack the royal alien wedding she’s attending. She’s injured in the fight, only to be rescued by a seven-foot tall, horned alien who makes her heart flutter. To make him even more attractive, he’s not only a bad-boy medic but a real-life prince.

Prince Eryx Yio’hyra has spent the last three years in exile, serving as a healer on war-torn planets. When he returns for his brother’s wedding, the worst he expects to happen is terrible dancing and cheesy speeches. But a surprise attack turns his homecoming into a war zone and leaves him stranded on a space station with an injured human guest—a beautiful female who ignites a desire in him like nothing else.

With Olivia’s injury worsening as the terrorists close in on their location, she and Eryx are forced to work together to survive. If they succeed, will Olivia take a chance on the alien prince whose kisses leave her longing for more? Or will surviving the space station mean the destruction of their bond… and their lives?

Eryx is the second book in the Bride to an Alien Prince series. This full-length story has on-the-page heat, a guaranteed happily-ever-after, no cheating, and no cliffhanger.

Note: Each book can be read as a standalone, but should be read in order for maximum enjoyment.
more
Amazon Other stores
Bookmark Rate Book

The 'Bride to an Alien Prince' series

All books by Kate Stevens  ❯