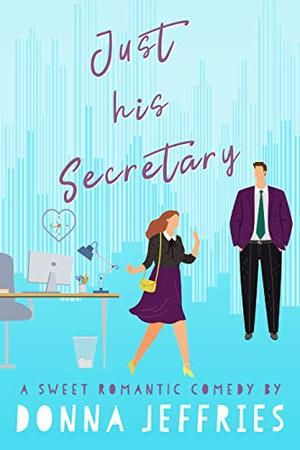 She's just his secretary…until he needs someone on his arm to convince his mother that he can take over the family business. Then Callie becomes Dawson's girlfriend—but just in his text messages…but maybe she'll start to worm her way into his shriveled heart too.

Callie:
Dawson Houser makes sure everyone who comes into the office knows I'm "just his secretary."

Heck, I've even said it to suppliers and CEOs when they smile knowingly at the two of us during business meetings. He scowls and grumps around the office afterward, as if the two of us dating is the most ridiculous thing on the planet.

Who can't we handle?

When Lila Houser comes to town with her faux furs and fashion sunglasses, she only has one question for her spoiled rotten son: When are you going to get married, Dawson, darling?

I expect him to laugh and tell her he's never getting married. I mean, I've heard those exact words come out of his mouth.

Instead, he pulls me to his side and says, "Maybe sooner than you think, Mother."

When Lila says, "I thought Callie was just your secretary," I suddenly want to prove her dead wrong...

Get ready to laugh out loud in this hilarious, sweet workplace romantic comedy! The romance is clean, the jokes witty, and the office grump swoon-worthy.
more
Amazon Other stores
Bookmark Rate Book

Similar books to 'Just His Secretary: A Sweet Romantic Comedy'

All books by Donna Jeffries  ❯

Buy 'Just His Secretary: A Sweet Romantic Comedy' from the following stores: