The Odyssey of Sarah Hayward 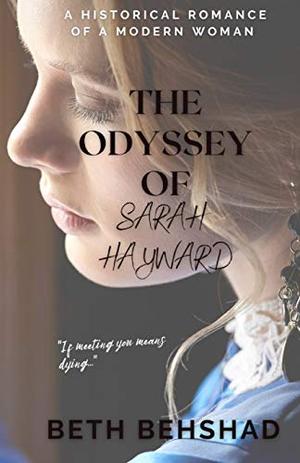 A tragedy that claimed her fiancé’s life forced Sarah to travel halfway around the world. She thought her life would be back to normal now living in England. For two years she had avoided this topic, for a conversation that includes him is like walking on a tip of the ravine: if she falls she would hit rock bottom of pure agony.
But England has different plans for her.

Things weren’t always about honing his blade against the sole of his boots or polishing his rifle. When his aristocratic mother summoned him to protect the well-being of his sister, he was obliged, not only to watch over her but to withstand the rigors of being his nephew’s teacher without the young boy’s knowledge of their relation. Everything was not well— he was an expert marksman who spent years in the garrison, not a stiff-leaden teacher who churned out in some insipid, shallow works. And to make matters worst, a puzzling and mysterious woman entered his life.

Sarah travelled back in time, became a governess of a prominent English aristocrat, learned secrets that could harm the family and witnessed the perils ahead of her and the man she come to love.

Caleb would do anything to keep her.
Sarah would fight for him.
Will love still binds two people from different times?

From the busiest streets of Nottingham, to the homey stone-cottages of English countryside to the lavish Halls of noblemen, this story will make you desire to travel back in time.
more
Amazon Other stores
Bookmark Rate Book

Similar books to 'The Odyssey of Sarah Hayward'

More books like 'The Odyssey of Sarah Hayward'   ❯

Buy 'The Odyssey of Sarah Hayward' from the following stores: