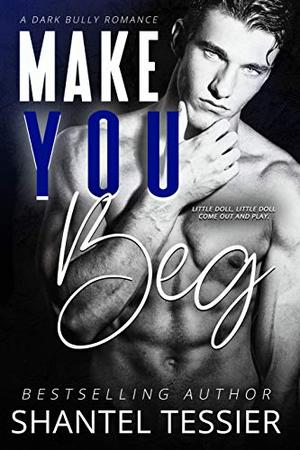 To the world, she’s known as Henley Greene.
To me, she’s a little doll— a toy to be played with and tossed to the side once no longer wanted.
She will pay for her betrayal however I deem necessary.


Imagine living in a constant nightmare where you have no control. Running from someone or something, you can hear him getting closer and feel his breath on your neck. You know that no matter what you do, he’s going to get you.

But I don’t have just one. I have four.

Ryan Scout, Van Rellik, Dax Monroe, and Grayson Law are the Reapers of Westbrook High, my ex-best friends, and now my biggest enemies. They run the school and own this town. They want nothing more than to make me pay for what I saw that night at Death Valley. A sick and twisted game that leaves me dirty and bruised with torn clothing.

So how did I fall in love with one?

I was raised to fear the dark side, but he showed me it was in the dark where the truth came to light. He played with me until my body craved his touch. I was going to prove I could be his most trusted servant in every form of the word. Whether kneeling before him or lying on my back, my sole purpose in life was to be his.

But when you’re a toy everyone likes to play with, you’re bound to end up broken.

Things to know about Make You Beg
It is not RH
It is MF & MFM
It is told in multiple POVs
This is a 140K word dark bully romance and may contain triggers for some due to sexual situations, language, and violence.
more
Amazon Other stores
Bookmark  Rate:

'Make You Beg: A Dark Bully Romance' is tagged as:

Similar books to 'Make You Beg: A Dark Bully Romance'

Buy 'Make You Beg: A Dark Bully Romance' from the following stores: