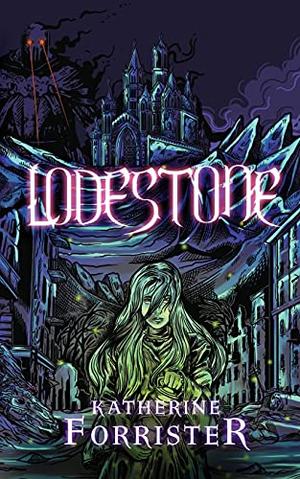 Lodestone-peddler Melaine is desperate to stop hustling her raw magic for a tuppence. Her rare gift of infusing her magic into a lodestone to sell for another's use and never keeping any for herself is nothing but a degrading path to an early grave.

Yearning for a better life, Melaine turns to her unconventional childhood idol, the powerful but sinister Overlord, sorcerer-ruler of Centara. When she achieves an audience and arrives at his reclusive retreat of ancient Highstrong Keep, she finds that the compelling, handsome man who conquered a kingdom by the age of twenty is now a weak, shadowed husk, and he needs her lodestones to give him strength. In exchange, he will take her on as his apprentice.

Trapped in Highstrong with a half-crazed prisoner, a strict servant, and the Overlord, Melaine learns that they may all be prey to far more malevolent forces than the Overlord's black-magic experiments. Faced with menacing apparitions, ancient curses, and an even greater horror that could threaten the entire kingdom if unleashed, Melaine's penchant for survival is contested by her growing feelings for the Overlord and her path toward finding a deeper meaning to life than the pure power she once craved.
more
Amazon Other stores
Bookmark Rate Book

Buy 'Lodestone' from the following stores: