On a Grey Thread 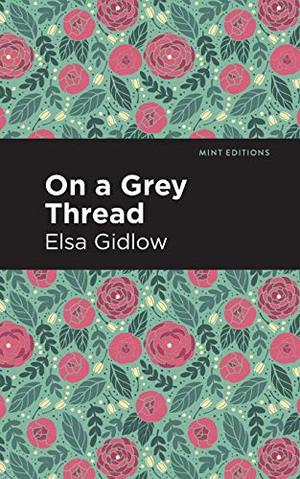 On a Grey Thread (1923) is the debut poetry collection of Elsa Gidlow. Written while the poet was living in New York, On a Grey Thread is a groundbreaking work of poetry, the first in North American history to openly express lesbian desire. Both personal and political, Gidlow’s poems express the poet’s complex feelings as a young woman whose political ideology and sexual identity ran counter to the traditional values of her time.

Opening her collection with “The Grey Thread,” Gidlow expresses herself with ornamental imagery, decorating her drab existence with the colorful beads of her personal identity: “My life is a grey thread, / A thin grey stretched out thread, / And when I trace its course, I moan: / How dull! How dead! // But I have gay beads. / A pale one to begin, / A blue one for my painted dreams, / And one for sin, / Gold with coiled marks, / Like a snake’s skin.” Employing the double meaning of “gay,” offering a brief erotic “moan” on the precipice of enjambment, Gidlow stretches her stanza to its sinful conclusion, recalling Eve’s temptation in the Garden of Eden. Having announced herself as a poet whose lines work against the dullness of her day, Gidlow―in “Youth”―is free to not only reveal what she wants from life, but to dare to take it: “Living is crusted with lies. / I want life naked, / Laughing and young. / Not fettered, not tamed, / But life unashamed, / With the cry of Desire on her tongue.”

With a beautifully designed cover and professionally typeset manuscript, this edition of Elsa Gidlow’s On a Grey Thread is a classic work of lesbian literature reimagined for modern readers.

Similar books to 'On a Grey Thread'

Buy 'On a Grey Thread' from the following stores: