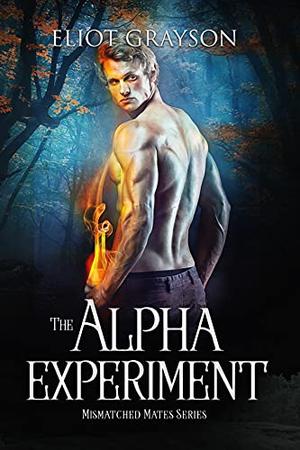 Brilliant geneticist Newton McEwen, the only human in a family of werewolves, has devoted his life to researching the scientific key to shifter magic. Now he’s being blackmailed and his life’s work is threatened if he can’t produce results.

Alpha werewolf Colin Kimball is a newly-minted pack leader with a mountain of responsibilities, but when his lifelong best friend tells him he needs help, Colin drops everything to run to his aid. But Newt’s not just looking for a brawny bodyguard to watch his back—he needs help with an experiment, one he can’t carry out alone.

Out of academically approved methods, and desperate to accelerate his research, Newt’s trying a last-ditch approach, with himself as the test subject. And the very alpha Colin as the catalyst.

Determined to succeed, Newt’s willing to get up close and personal with Colin as many times as it takes. Only feelings weren’t a variable logic-minded Newt took into account. Now not only is Newt’s career on the line, his most important relationship is at stake. Can they outwit Newt’s blackmailer and move on from their experimentation…or will they lose the friendship that means everything to them?

The Alpha Experiment features not-so-scientific mating rituals, magical handcuffs, some very inappropriate outdoor activities, knotting, and a guaranteed happily ever after. Even though it’s number five in the Mismatched Mates series, it can be read as a standalone. The series does not contain mpreg.
more
Bookmark Rate Book
Amazon Other stores

Similar books to 'The Alpha Experiment'

All books by Eliot Grayson  ❯

Buy 'The Alpha Experiment' from the following stores: