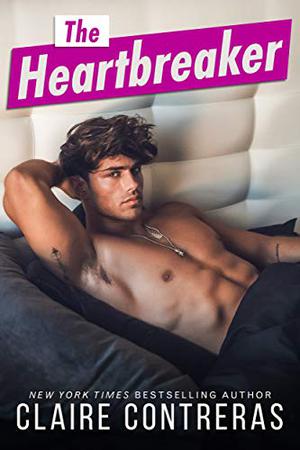 They say you never forget your first.

Jagger Cruz, the popular, gorgeous, athletic, heartbreaker, was my introduction to college flings.

Over the years, I’ve tried to pay no attention to every wicked rumor I heard about him, even though deep down I knew they weren’t just rumors. Unable to face the consequences of what we’d done, if we were ever in close quarters, I ran in the other direction. If we were coincidentally put in the same class, I dropped it.

Avoidance was the name of the game and so far I was winning.

That is, until we’re assigned the same apartment.

Living with Jagger during my last semester was definitely not in my plans, but I’m determined to make it work. As long as I don’t look at him for too long or let his innuendos get under my skin, I should be fine, right? I have to be.

They say hooking up with your roommate can be messy, and losing my heart to Jagger would be disastrous.

'The Heartbreaker' is tagged as:

Similar books to 'The Heartbreaker'

All books by Claire Contreras  ❯

Buy 'The Heartbreaker' from the following stores: