Empress of Poisons (The Tarkhanov Empire #2) 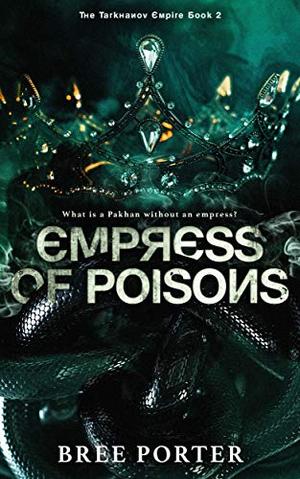 What is a Pakhan without an empress?

Three years have passed since the end of Kingpin's Foxglove. Elena Falcone has left her new family and the man she loves, destroying her own heart in the process...the only thing she has left is the blond-haired, green-eyed boy who calls her 'mama'.

When her son's life is jeopardized, Elena finds her way back into Konstantin's arms and is forced back into the world she once craved to be free from...

Since the betrayal that left his family tearing at the seams, Konstantin Tarkhanov has been fiercely ensuring his rule over Staten Island. In the midst of his growing darkness, a light forms in the shape of the woman who broke his heart...and the child they share.

However, Elena and Konstantin's reunion is darkened by the shadows of their enemies. Tensions are growing in New York City, families are ending and blood soaks the sidewalks...Will the Tarkhanov Bratva rise to glory or will this empire fall before it even begins?
more
Amazon Other stores
Bookmark  Rate:

'Empress of Poisons' is tagged as:

The 'The Tarkhanov Empire' series

Similar books to 'Empress of Poisons'

All books by Bree Porter  ❯

Buy 'Empress of Poisons' from the following stores: