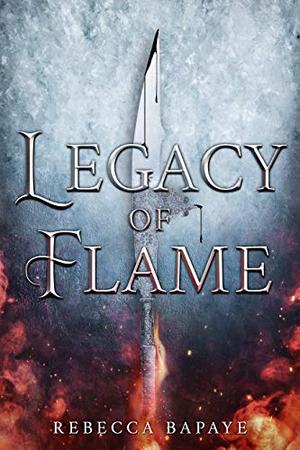 A winter queen and prince of flame, bound together by fate.

Following a deadly attack on a druid grove, twenty-five-year-old Elia Kolenikova, queen of the Ice Realm, is the first and only monarch to take a stand against the fire priest order, a reclusive band of sorcerers with unlimited power. Determined to find a way to protect druids from further violence, Elia turns to the annals of history, tracing her knowledge of fire priests back to a time when a previous Ice Queen was intimately tied to the rise of the order. There’s just one problem: what Elia reads in those accounts may not be true.

To unravel the mystery, Elia needs more than an ally—she needs a fire priest. An immortal Ice Realm prince who’s been missing from the history books for centuries.

Syllian, like his father before him, sacrificed his mortal body to be born again in flames. Two thousand years later, he’s hunted at every turn by fire priests seeking revenge for his betrayal of the order. The threat means little until a rumor reaches him: Queen Elia Kolenikova is asking questions. About fire priests, about druids, and most dangerously of all, about the truth.

Emerging from the shadows could cost Syllian his life. But if he doesn’t, the lies and propaganda of the fire priest order will cost Elia hers first.
more
Amazon Other stores
Bookmark Rate Book

Similar books to 'Legacy of Flame'

Buy 'Legacy of Flame' from the following stores: