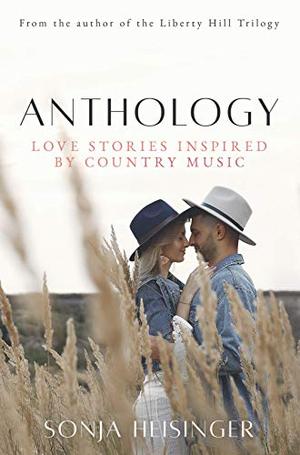 A romantic and heartfelt collection unlike any other, ANTHOLOGY reads like your favorite country playlist, bringing timeless love songs by legendary artists such as Garth Brooks, George Strait, Tim McGraw, and Taylor Swift to life.

In a series of twelve “tracks”, ANTHOLOGY begins with That Summer, a tender and passionate tale of a hardened widow who falls for her teenaged farmhand. In Roller Coaster, a whirlwind summer romance is threatened by the storm of a lifetime. A famous actress is starstruck by a returning soldier who doesn’t know she’s famous in Enchanted, and a couple on safari explores whether their marriage is worth saving in Austin. In Just A Dream, a retired Special Forces operator develops paternal love for his young pregnant neighbor, while Amarillo by Morning follows a bull rider who sacrifices his wife and girlfriend for love of the rodeo.

From the windswept plains of Texas to ground zero of Hurricane Katrina, from the orchards of Central California to Hollywood’s elite parties, from a military post in North Carolina to Tanzania’s breathtaking Ngorongoro Crater, ANTHOLOGY celebrates the raw emotional power of country music. Fans of Nicholas Sparks and Heidi McLaughlin won’t be able to put it down.

Get swept off your feet in these stories of unrequited love, heartbreak, second chances, and finding your way home again:

"Heisinger’s writing in these and other stories is sturdy and straightforward... their heroines relatably curse and wear cutoff shorts as they look for true love... The collection’s lively banter, wish fulfillment, and country grit carry the day. A light and appealing romance collection for country music fans." - Kirkus Reviews

"Heisinger proves she is in a level and class all by herself with her smoothness of the transitions from scene to scene, the realistic character development, and of course, we can’t forget her finely-tuned descriptive method... If this were an account of an athletic event, I’d say, Heisinger hits a grand slam, wins the slam dunk contest and scores a big touchdown." - Becky at www.booksirens.com

“Each story has its moments of melancholy, sadness, happiness, love, and enlightenment that lead to satisfying conclusions.” – IndieReader.com

Praise for That Summer:

“Excellent. Some of the dialogue reminded me of Cormac McCarthy's Border Trilogy, which I loved.” - Nick Earls, author of the acclaimed Wisdom Tree series

"As an Oklahoma girl and super fan of Garth, I could feel the warm wind blowing and hear the soundtrack playing throughout. A great little trip back home." - 5-star Amazon review

"What you picture when you hear the song." - 5-star Amazon review