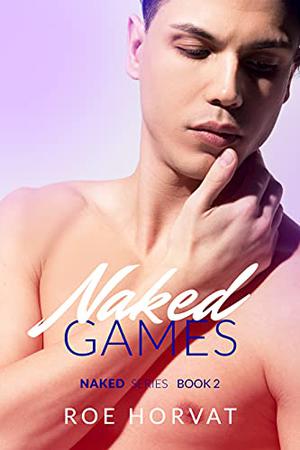 Completely naked, Curtis is stumbling through a dark maze at a sex club while three strangers hunt him. Scary? Except he wants to get caught. The hottest game ever! One epic night turns into a weekend, and he keeps coming back for more. George, Jack, and Ethan. Each different, all of them blindingly perfect. He’s just their toy, but he loves it. He’s savoring every minute of the wild ride, scratching off items from his erotic bucket list one by one. There are no promises, no useless romance. Their casual arrangement suits him perfectly. So what’s the niggly, squirmy feeling in his chest when he sees George and Jack share a tender kiss, or when Ethan stares at him with those soulful, blue eyes? Ugh. Better ignore it.
Ethan loves his partners deeply. Their relationship builds on mutual respect and a great deal of desire. He doesn’t feel like he’s making any compromises, yet there’s something Jack and George were never able to give him. Then there’s this boy—face of an angel, sex appeal of a demon, and a fragile heart behind a wall of snark. Jack and George are smitten, too. Except Ethan wants more than a few nights of fun. Curtis stirs cravings in him that not even the hottest sex can soothe. He needs to convince his sweet boy to stay with them.
.
Contemporary MMMM erotic romance novella. Second in the series Naked. All stories can be read as standalone.
more
Amazon Other stores
Bookmark  Rate:

'Naked Games' is tagged as: