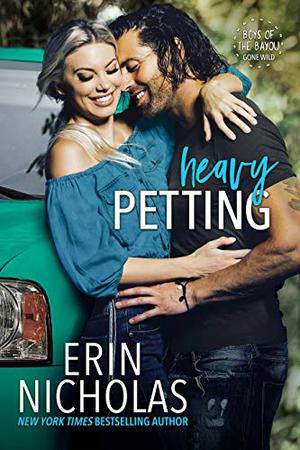 He’s her best friend.
A reformed bad boy turned hot teacher.
And after one spur-of-the-moment Vegas wedding... her husband.

Jordan Benoit and Fletcher Landry have been best friends since they were six. He’s always been The Guy. When she needed picked up, cheered up, or lifted up — like literally, to see the stage at a concert — Fletcher was the guy.

So when her boyfriend dumps her — on national TV — Fletcher immediately gets on a plane and comes to her rescue.

And when she ends up in a Vegas wedding chapel and needs someone to say, “I do” …yep, Fletcher’s the guy. Of course.

But being The Guy 24/7 is a lot. He just wants everyone to give him a freaking minute to get this marriage thing right. Including his sexy, sweet new wife who he’s wanted for three years. Who is exasperatingly, temptingly all-in from minute one.

Jordan knows what she wants. A life in her hometown. A job with alpacas. And Fletcher. Not necessarily in that order.

They’ve said the vows. They’d told the world. They’ve told their grandmas. Forget taking things slow. Forget just heavy petting. Forget any chance of backing out when things get tough. They’re going to have to go all the way, in every way.

After all, friends becoming lovers should be the easiest thing in the world. Right?
more
Amazon Other stores
Bookmark Rate Book

The 'Boys of the Bayou Gone Wild' series

All books by Erin Nicholas  ❯