Fire in Her Dreams (Fireblood Dragons #9) 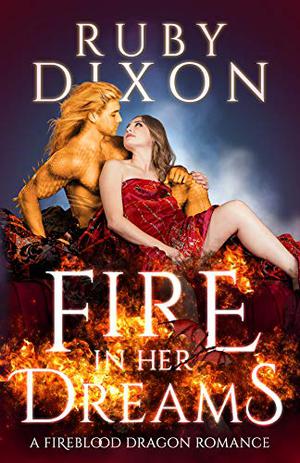 Jenny’s dreams have turned to nightmares.

Every night, her thoughts are filled with evil. Something is reaching out…and she’s not so sure she wants to reach back. That is, until someone new appears in her dreams. Someone who protects her, comforts her, and thinks of Jenny as his mate. Imaginary friends aren’t real, but Jenny likes to pretend, anyhow.

Then, one day, one of the mindless dragons guarding the fort awakens…and Jenny realizes that the friend from her dreams isn’t a figment of her imagination. He’s a dragon.

And he’s looking to claim his female.
more
Amazon Other stores
Bookmark  Rate:

'Fire in Her Dreams' is tagged as:

Similar books to 'Fire in Her Dreams'

Buy 'Fire in Her Dreams' from the following stores: