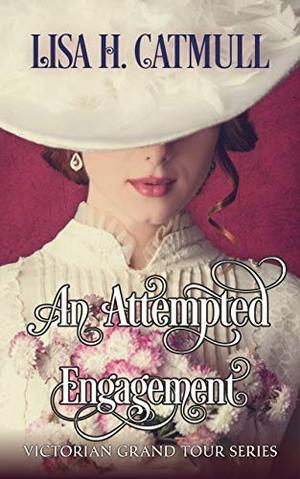 Only one thing stands between Alice Loughton and the man of her dreams: her brother.

A stand-alone novel, or you can enjoy it as part of the Victorian Grand Tour Series.

Alice has been shy and quiet ever since he met her at age three. When she decides it’s time to marry, there’s only one man for her. The one man who doesn’t frighten her. The only man she can talk to without wanting to run and hide. Her brother’s hired secretary and closest friend.

But her brother knows Frederick Kempton too well, and he’s not about to give his consent for a courtship, not when plenty of other men are pursuing Alice, too. And so obedient Alice, who has never broken a rule in her life, is forced to take drastic measures. And she’s dragged Freddie along with her.

Can he walk the fine line between loyalty to his oldest friend and a chance to woo the woman he’s secretly loved?
more
Amazon Other stores
Bookmark Rate Book

Similar books to 'An Attempted Engagement'

Buy 'An Attempted Engagement' from the following stores: