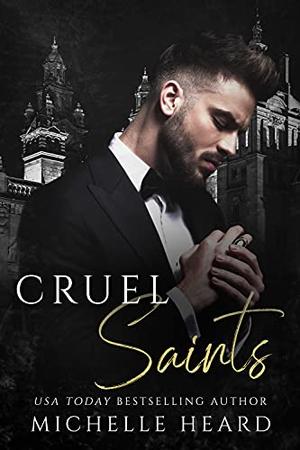 Alliances are made. Loyalty is owned. Love is taken.

Little did I know my love and freedom would be taken to form a new alliance.

Brutal, possessive, and dangerous, Lucian is feared by all. Including myself.
When his father is assassinated, Lucian takes his rightful place as head of the Cotroni family. They rule the Mafia with an iron fist, and he’s set his sights on my family.
Until now, we’ve been the only threat, but when a new one emerges, my father is forced to arrange a marriage between Lucian and myself.

He might be handsome but he’s not the kind of man who loves. He takes what he wants and right now, it’s my body.
I might belong to him in name, but the question remains – will our union be consummated in blood or love?

'Cruel Saints' is tagged as:

All books by Michelle Heard  ❯