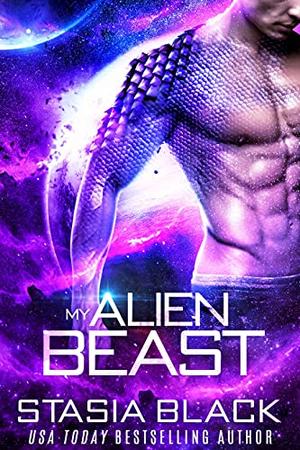 Just because Giselle’s two best friends fell in love with alien hybrids and are now living their happily ever after’s in the King’s compound doesn’t mean Giselle feels left out… Sure they’ve got their adorable little half-alien winged babies and are happier than they’ve ever been but Giselle has a high-powered job and a full calendar of charity work and she’s… happy. Really. The positive affirmations she reads to herself every morning tell her so.

So when an enemy alien kidnaps her and flies away with her to a compound in the middle of nowhere, she fights back for all she’s worth to get back to her normal life.

Especially considering Thraxahenashuash, First of His Father’s Sons is determined to impregnate her so he’ll also have an heir for his own political gain. His curvy little human mate will be made to fall in line. Seduction is an art foreign to him but ruthless ambition? That he’s very familiar with.

The longer the two of them are locked away together, though, the more each will be tested by the other and uncontrollable passions ignite hotter and hotter.

Meanwhile there’s the tiny issue of the fate of the planet being on the line.
more
Amazon Other stores
Bookmark  Rate:

'My Alien Beast' is tagged as:

Similar books to 'My Alien Beast'

All books by Stasia Black  ❯

Buy 'My Alien Beast' from the following stores: