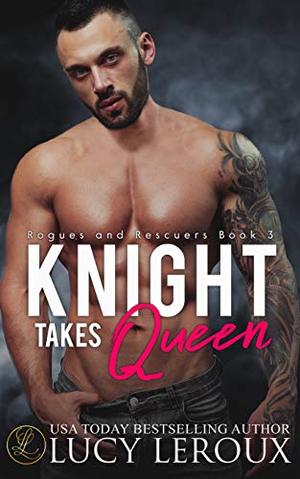 Not all queens want a knight to rescue them….

To the outside world, Caroline Wentworth is the new cold and cutthroat CEO of the struggling Wentworth Hotel chain. Always dutiful, Caroline lived by her father's constraints, squeezing into the suffocating mold of the perfect southern socialite. Since his death, she runs the show and makes the hard calls he refused to face, earning her the title of 'Ice Queen' from her employees.

FBI Agent Isaac Rivera is used to assertive people, but he's met his match with Caroline. Convincing this driven and overworked woman that she's in danger is his hardest mission yet. Just when he thinks he has her where he wants her, Caroline blindsides him again with her determined independence. Refusing to back down, Caroline has a hotel to save, and can't possibly get sidetracked by an irresistible FBI agent. With danger looming and his heart burning, can this Knight thaw the fiery Ice Queen?
more
Amazon Other stores
Bookmark  Rate:

'Knight Takes Queen' is tagged as:

The 'Rogues and Rescuers' series

All books by Lucy Leroux  ❯