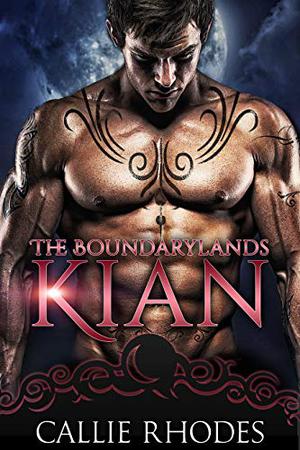 No woman willingly travels to the Boundarylands.

It’s where they are—the Alphas.

They keep to themselves in the wilderness, and beta civilization knows to keep its distance. Especially beta women…for fear they may not be a beta after all.

The only way to know your true nature is to feel the touch of an Alpha. Omegas may be rare, but every woman knows their fates are hellish—held captive, broken, mated, knotted, and bred.

But Paige doesn’t have a choice. Hunted by a vengeful fiancé, her only hope for survival lays in the hands of a primal Alpha miles beyond the boundary.

The reality she finds in the Boundarylands is different than the horror stories she’s been told her whole life. Life is feral and wild, but it’s calls to her in a way she can’t refuse.

When Paige touches Kian’s body, everything changes, and in an instant she knows the Alpha beside her will either be her salvation or her doom.

All books by Callie Rhodes  ❯

Buy 'Kian' from the following stores: