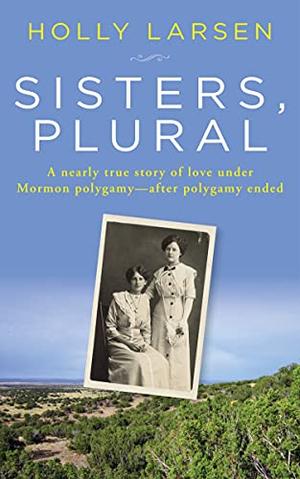 When Eliza Harris finds herself smitten with Raymond Castro in the dusty ranching town of St. Johns, Arizona, circa 1910, she knows the odds are long. For one thing, he’s Mexican and she’s white. Second, he’s Catholic; she’s Mormon. Third, Eliza comes from a family called to live the Principle of plural marriage. When Raymond’s parents catch wind, the trouble starts. Meanwhile, Eliza’s sister Betsy is crushed to learn that Heber Orchard, a young man she’s secretly loved for years, has become engaged to a beautiful and saintly Los Angeles girl, Virginia, while on his church mission. Then the sudden and shocking news of Virginia’s unexpected death gives Betsy new, if guilty, hope. Betsy works to become a source of solace for Heber as he copes with his loss—but can she ever replace Virginia? While focused on the lives of these young women as they make their way into adulthood, Sisters, Plural also presents a down-to-earth perspective on the lingering effects of polygamy—officially abandoned by the LDS church at that point—on the people who sacrificed and struggled to live this difficult Principle.
more
Amazon Other stores
Bookmark Rate Book

Buy 'Sisters, Plural: A Novel' from the following stores: