A Dream of Embers (A Tempest of Shadows #3) 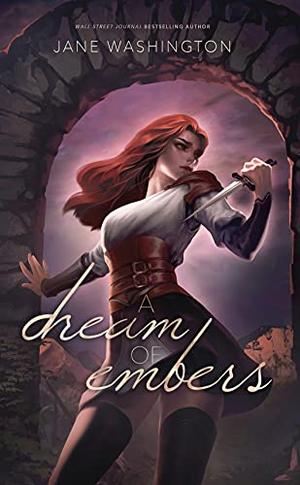 “I had dreams of the sun dying like hot coal smothered by sand, suffocating in a world where darkness hunted light ... but then I woke and saw that it had risen again, and I knew we would be no different.
From this battle to the next, we would endure.”

What began as a war of force had turned to one of secrets and strategies. An army was amassing in the shadows, hidden from our eyes, slipping into our ranks until there was nowhere safe to turn, and nobody left to trust.
To win the war, I would be forced to forget the man I trusted, and to bind myself to the men I hated.
Forever.
Since the first day, the great masters have fought for control over me, fought to claim me in marriage and seize my power for themselves. Every step of the way, they’ve asked me to choose. They’ve attempted to deal and swindle the decision out of me, but I’ve managed to out-manoeuvre them at every turn, bringing me to this moment.
The moment I finally choose.
If they can take my power, I can take theirs, and if marriage is how they want to do it, then so be it.
I’ll marry all five of them, and choose myself.
more
Amazon Other stores
Bookmark  Rate:

'A Dream of Embers' is tagged as:

The 'A Tempest of Shadows' series

Similar books to 'A Dream of Embers'

All books by Jane Washington  ❯

Buy 'A Dream of Embers' from the following stores: