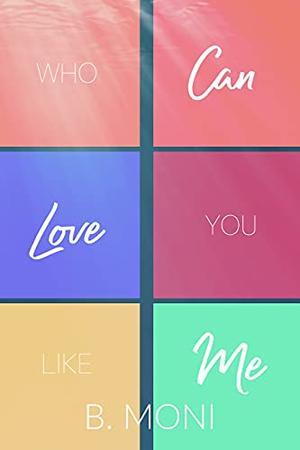 Love is described as an intense feeling of deep affection. That’s what Kehlani longed for after the tragic loss of her husband. In swoops Markell who gives her a new meaning to what love is but secrets and lies threaten their newfound romance.
Tripp and Londyn were the it couple until his career took off. Her insecurities and fear caused their love to falter but fate steps in to give them a second chance to get it right.
Shaquille and Ashanti are two complete opposites but when you’re on the outside looking in you can judge a person without really knowing them. Unforeseen circumstances bring them closer and the end result is something neither one imagined.
These three couples will go through their own issues but in the end each will learn that no one can love them better than the one they’re destined to be with.
more
Amazon Other stores
Bookmark  Rate:

'Who Can Love You Like Me' is tagged as:

Similar books to 'Who Can Love You Like Me'

Recent books by B. Moni

Buy 'Who Can Love You Like Me' from the following stores: