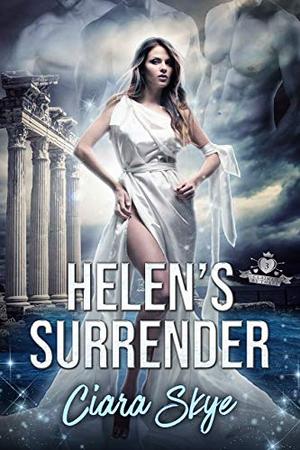 Three sexy gods. One ancient prophecy. And the face that launched a thousand ships.

Washing up on the shore of an ancient Greek Isle after her cruise ship sank into the Mediterranean, Helen awakes before the crumbling remains of a forgotten temple. Life saved by three mysterious men, she struggles with their belief that she is the direct descendent of the famous beauty, and her namesake, Helen of Troy.

Convinced she is the one who can restore these ancient immortals to their ancestral powers, she quickly becomes swept into a sizzling tale of ancient temptations and irresistible seductions, even as she struggles to protect her heart from the gods seeking to claim it.

As Helen slowly surrenders to a world she once believed existed only in legends, another power lurks in the shadows. One determined to ensure Helen fails in her quest, bringing those intent on claiming her heart to the same ruin as the mythic heroes who fell long ago before the ashen gates of Troy.
more
Amazon Other stores
Bookmark Rate Book

The 'Claimed by Three' series

All books by Ciara Skye  ❯