He Drown She in the Sea 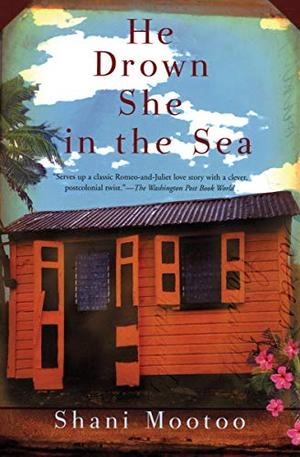 "Set in modern-day Vancouver and on the fictional Caribbean island of Guanagaspar during World War II, Shani Mootoo's new novel is the story of two childhood friends whose enduring bond drives them late in life to attempt to break free from the social constraints that have kept them apart." Harry, the son of a widowed maid, and Rose, the daughter of his mother's well-to-do employer, are inseparable as children, having formed a connection that knows nothing of race or class or the hierarchies that define island society. But the friendship is severed one night during World War II, after American troops have occupied Guanagaspar. An air raid has brought on an emergency curfew that prevents Harry and his mother from returning home. The frightened children have innocently fallen asleep together and when Rose's father arrives to find them sleeping in the same bed, Harry and his mother are banned from the house forever. It is a wrenching apart that awakens Harry to the harsh realities of social difference and drives him to eventually leave the island. When, years later, Harry and Rose cross paths again in Vancouver, Harry has dared to reinvent himself and the gulf separating them is not so apparent. He and Rose have a life-affirming affair that is an awakening for her and a form of retribution for Harry. From this liaison a climactic series of events is set in motion as Rose takes it upon herself to reroute their destinies.
more
Amazon Other stores
Bookmark Rate Book

Similar books to 'He Drown She in the Sea'

More books like 'He Drown She in the Sea'   ❯

Buy 'He Drown She in the Sea' from the following stores: