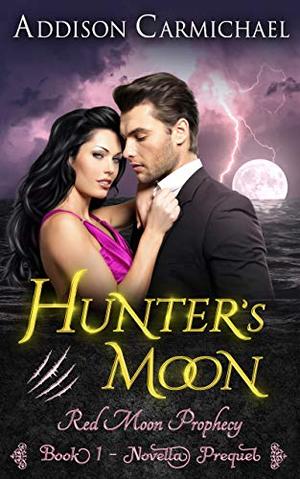 Can true love between a vampire and werewolf break all barriers…even its prophetic curse?

Brenna Callaghan is the daughter of the Callaghan werewolf alpha. Davin Laith is the true blood son of the Laith vampire sire. Both are on the hunt for the legendary firestone hidden by the Ancient Ones near Spanish Point, Ireland.

But in the midst of their dangerous hunt their fiery attraction to each other ignites into a raging inferno, even though it goes against all the traditions of their species.

But true love can’t be denied and will break through any taboo barrier. Except when there is doubt as to who murdered their respective families and all evidence points to the one they love and trust most.

Especially when the ultimate prize in their search for the truth is a knowledge stone of such great and terrible power that it can either be used to bring peace to all the natural and supernatural races on this earth...

Or rule them with an iron rod.
more
Amazon Other stores
Bookmark Rate Book

All books by Addison Carmichael  ❯