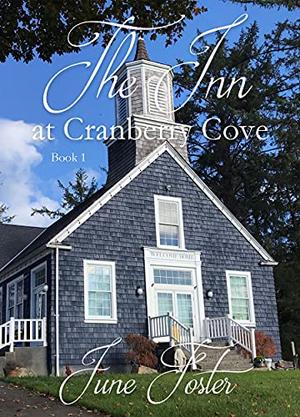 After her boss fires her on unfounded grounds, twenty-nine-year-old Ashton Price leaves Denver for Cranberry Cove, Washington. She’s inherited her aunt’s B&B and is determined to carry on her legacy. Upon preparing for guests, she learns of a century-old tale of treasure within the inn. Many have searched for the illusive gems but to no avail. She discovers a man working on the inn’s grounds, but is he the gardener Gina Price hired? Perhaps he’s searching for the hidden treasure.

James Atwood, corporate executive, works in the Atwood’s thriving cranberry business. Tragedy strikes, and he’s numb and riddled with guilt. Befriended by Gina Price, he finds solace working evening and weekends in the fresh earth, fescue grass, and aromatic blossoms of the inn’s gardens, helping to divert his mind from his dishonest cousin Robert, bent on destroying the Atwood business. He continues tending the grounds after Gina passes, and the new owner believes he’s a gardener. After she calls late one night upon hearing a prowler, James races to her rescue and discovers his feelings are more than protective.

Ashton’s first guests, the Claxton’s, appear out of nowhere saying they’ve had reservations for a year though she finds no record of a deposit. She chalks the failure up to faulty accounting before she arrived. When an elusive intruder continues to make frightening midnight visits, Ashton fears for her own safety and that of the Claxtons. But then, their odd comings and goings cause Ashton to wonder. Are they really vacationing visitors from California, or do they have other motives for staying at the inn?

Can two people allow the majestic northwest and fragrant coastal air heal their wounded hearts? Will they discover the secret of The Inn at Cranberry Cove?
more
Amazon Other stores
Bookmark Rate Book

Similar books to 'The Inn at Cranberry Cove'

More books like 'The Inn at Cranberry Cove'   ❯

Buy 'The Inn at Cranberry Cove' from the following stores: