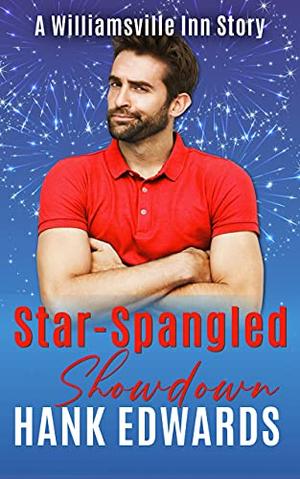 A fireworks salesman intent on making his mark in his family’s business. A twice divorced father in desperate need of a sale and a new love life. A week-long town celebration that sparks their competitive natures.

Owen Gillespie is no stranger to competition. But his plan to spend Independence Day week at the Williamsville Inn before pitching his fireworks proposal is derailed when he meets a handsome and snarky man in the elevator.

Dom Mitchell has two marriages behind him and three kids he’s supporting. His bisexual awakening has opened him up to dating men for the first time, but he isn’t looking for a serious relationship; he’s in town to sell a fireworks package.

When both men realize they’re vying for the same business, they decide to turn it into a competition. But things slip out of their control when the mayor learns of their agreement and proposes some challenges of her own. These two corporate rivals will need to work together even as they’re competing against each other to woo the mayor and other city officials, all while keeping their mutual attraction a secret and their hearts in check.

At the end of the week, only one of them will be leaving town with a signed contract, but the sparks between them are undeniable, and their love life might just be the most dazzling display of all.

This funny, snarky, and steamy story about corporate rivals turned lovers with a slight age gap and a spanking fetish is set in the Williamsville Inn world but can be read as a standalone story.
more
Amazon Other stores
Bookmark Rate Book

All books by Hank Edwards  ❯