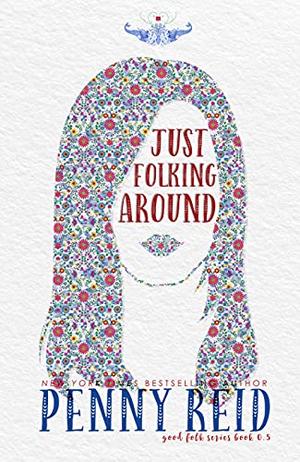 One night? No strings? A sexy game of chess? No problem.

If you've never read a Penny Reid book before, this is the place to start! An all new series starter snack from the author of the WINSTON BROTHERS and KNITTING IN THE CITY series. . .

Raquel Ezra loves to fish. With so many fish in the sea, she’s never had a problem baiting the hook or reeling them in. Raquel is a good actress, she can be anyone’s fantasy for a single night as long as they agree to be hers. Which is why she doesn’t think twice about spending an evening in nowhere Tennessee with a smokin’ hot, well-mannered, and intriguing sheriff’s deputy by the name of Jackson James.

Except, when the time comes, Raquel discovers that reality might just be better than any fantasy, and maybe she’s not ready to release this catch.

JUST FOLKING AROUND is a 16k words, contemporary romance, a complete standalone, and is the prequel to TOTALLY FOLKED, book #1 in the Good Folk: Modern Folktales series.
more
Amazon Other stores
Bookmark Rate Book

Similar books to 'Just Folking Around'

Buy 'Just Folking Around' from the following stores: