The Comfort Of A Thug 2: A Turned Out By His Hood Mentality Spin Off 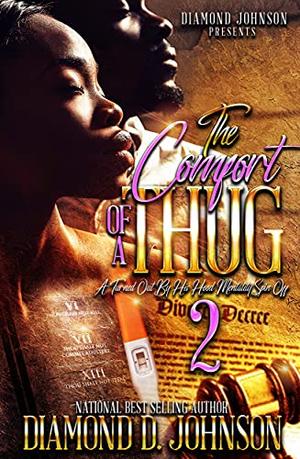 Lies, betrayal, and secrets run rampant in the second installment of The Comfort of a Thug series.

Naomi and Glizzy could be the perfect couple. They are the exact opposite of each other, but that’s what makes them so unique. Naomi is fresh out of an eight-year marriage, but her relationship with Liam dates back to elementary school. There was once a time when Naomi had a man who loved her and worshipped the ground she walked on, but when Naomi can’t fulfill one of Liam’s deepest desires, love and adoration become resentment and indifference.

This pain of betrayal and heartbreak makes it hard for Naomi to trust and love, but Glizzy comes along and is everything she didn’t know she needed. Naomi takes a chance and moves on with Glizzy, even though it’s a possibility that he just might hurt her. Can Naomi endure what it’ll take to love a man like Glizzy? A man who is eye candy for just about every woman? He has a history of dealing with plenty of women, and for Naomi, being with him is complicated and way more than she signed up for.
more
Amazon Other stores
Bookmark Rate Book

Similar books to 'The Comfort Of A Thug 2: A Turned Out By His Hood Mentality Spin Off'

More books like 'The Comfort Of A Thug 2: A Turned Out By His Hood Mentality Spin Off'   ❯

Buy 'The Comfort Of A Thug 2: A Turned Out By His Hood Mentality Spin Off' from the following stores: