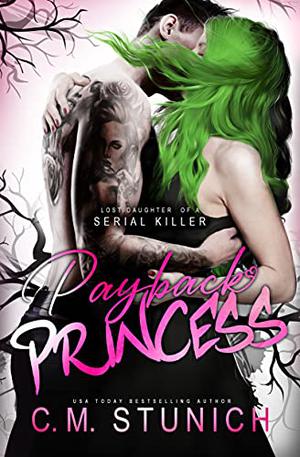 Finding out you’re the daughter of a famous serial killer isn’t all it’s cracked up to be.
My father—the Seattle Slayer—is charismatic, intelligent, and charming. He’s also trying to teach me to kill people, so … his good qualities don’t seem to matter much.

He’s kidnapped my boyfriend, a guy that I used to hate but grew to love. Parrish, I’m coming for you. I’ll do anything—anything—to keep you safe. Starting a new life as the most hated girl in Whitehall Prep was not in my gameplan.

But when I asked my dad what the point of all this was, you know what he said?
“It’s payback, Princess.”
The upper crust families in Medina have wrongs to answer for, wrongs that will be paid in blood—by me.

Justin Prior is back in town, and he's brimming with secrets. The question is: how far will I go to uncover them?

Parrish is bruised and bleeding; Chasm burns with violent heat; Maxx is a thundercloud waiting in the wings. Lumen lies. Danyella knows. Kimber fights back.
Welcome to Medina, b*tches. Love-hate is in the air, and it isn't just me that feels it. This town is cursed in blood and diamonds.

The 'Lost Daughter Of A Serial Killer' series

All books by C.M. Stunich  ❯