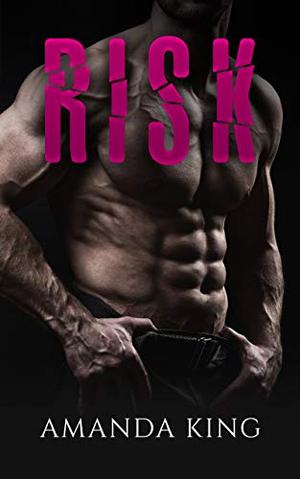 Deanna Madison is the kind of small-town girl from Missouri who generally has the best of intentions. The trouble is that things rarely seem to go her way…if ever…and when things go wrong they go really wrong! A nice way to say it is that she’s a free spirit—without a plan. At 27 years old she’s still a career waitress while her twin sister is married to a billionaire. Yeah…a Billionaire!

She’s been on the road since she was 17, searching for where she belongs, getting into all sorts of trouble along the way—but not with guys though—never again! (Or so she tells herself.)

The last time she let herself get carried away by a charming smile was three years ago…and it was the biggest mistake of her life. She's been running from it ever since, trying to forget any way she can.

Today, she’s $400k in debt with a casino in Vegas, hiding out at a diner in Littlefield, Arizona, waitressing under a fake name.

She’s waiting for a sign from the universe to tell her what to do, when Jack Morton, a huge, sexy stranger (who just happens to be the hottest alpha of all alphas—and the toughest S.O.B she’s ever seen) walks into her life and asks her out.

She never thought she would ever feel that way about anyone…ever!

But things can’t be THAT easy, right?

Suddenly, Jack robs the place with his friend, Pete, and ends up enlisting her help. The weird thing is that it seems to come naturally to her. It doesn’t even feel wrong.

Jack has the crowd eating out the palm of his hand instantly. His charisma and command of the situation is flawless.

But Jack is no common criminal, he’s a soldier—an elite-spec-ops team leader with cover so deep the president would have to jump through hoops to unlock his file.

On his way out, he lays a toe-curling, earth shattering kiss on Deanna that makes her weak in the knees…and right then, she’s convinced that Jack is the reason fate led her to that diner.

It’s like a bolt of lightning. A meant to be kind of love.

It takes her only seconds to decide. She rolls the dice. She goes with him!

Is this the worst mistake of her life…or the moment she’s been waiting for since forever?

Either way, Jack and Deanna can’t keep their hands off each other.

They spend the next few days waking up tangled in the sheets like they’d been in a desert and have finally found water, working each other to exhaustion. They’re both the best they’ve ever had…and they prove it over and over…holding nothing back but their secrets.

‘When she comes back from the shower she’s got only a towel wrapped around her, she hasn’t dried her hair and that wet look is super sexy. She comes up to me, not breaking eye contact for a second, runs a finger across my mouth and says, “This seat taken?” Then she drops a box of condoms on the nightstand and lets her towel fall to the carpet. Invitations don’t get more direct than that.’

But forever might be an option that just isn’t on the table.

What they don’t know is that they’ve been on a collision course all their lives. Their fates entwined…and the next couple of weeks is going to show them why.

Jack has a mission to complete—and meeting Deanna wasn’t part of the plan.

Along the way he’s going to solve a mystery that’s plagued him for two long years.

They’re star-crossed lovers from the start…but their ending is anybody’s guess.

Is Deanna a reason, a season or a lifetime?

Find out in this super-steamy romance from Amanda King!

Buy 'Risk' from the following stores: