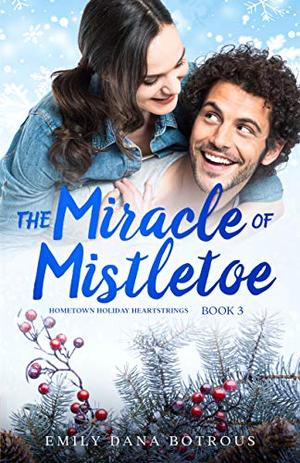 One kiss, two wounded hearts, and the Christmas that rekindled their vows.

Marcy Delaney might not think she’s the sharpest set of shears in the salon, but she makes up for it with her people skills. As her town’s chatty hairstylist, she doesn’t consider anyone a stranger—except her university-educated husband who’s rarely home. Her conclusion? He’s bored with her lack of wit, and she can’t blame him.

Colt Delaney has never fit in. Not in the big city where he grew up. And certainly not in the tiny town his wife won’t leave. Now he’s stuck there, too, unless he’s traveling for work. And when he is home, Marcy doesn’t seem to want anything to do with him. It’s no surprise, though. Rejection has been his closest friend since childhood.

This Christmas the secrets they hold may break the final thread of their marriage and the faith they once held dear—until one simple kiss beneath the mistletoe reminds them of all the reasons they fell in love in the first place.

Each story in the Hometown Holiday Heartstrings series can be enjoyed as a standalone, although characters are introduced in earlier books and may reappear in subsequent novels.

Similar books to 'The Miracle of Mistletoe: A small-town Christian romance'

More books like 'The Miracle of Mistletoe: A small-town Christian romance'   ❯

Buy 'The Miracle of Mistletoe: A small-town Christian romance' from the following stores: