Victory for the Ops Room Girls: The heartwarming conclusion to the bestselling WW2 series (The Women's Auxiliary Air Force #3) 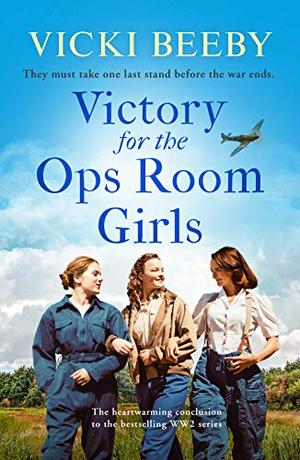 With Jess newly promoted to Filterer Officer at RAF Fighter Command HQ, she is delighted to be reunited with Evie and May. However, now that they can enjoy socialising in London, Jess fears her friends will discover the secret she keeps there.

When Jess bumps into Milan unexpectedly, sparks are reignited - did she make a mistake, finishing with him in Amberton? But matters are complicated when a film company arrives at Bentley Priory to make a morale-boosting movie about the RAF. The lead actor is none other than Leonard Steele, a man from Jess’s past who could ruin everything she has worked so hard to build…

As her past and present collide, will Jess find the strength to fight for her future?

Similar books to 'Victory for the Ops Room Girls: The heartwarming conclusion to the bestselling WW2 series'

More books like 'Victory for the Ops Room Girls: The heartwarming conclusion to the bestselling WW2 series'   ❯

All books by Vicki Beeby  ❯

Buy 'Victory for the Ops Room Girls: The heartwarming conclusion to the bestselling WW2 series' from the following stores: