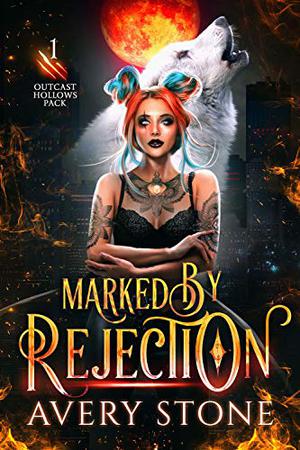 At eighteen, my life should have ended with the last beat of my bleeding heart, but instead, a scorching press of lips ignited a mark that resurrected me into a world of shadows.

Alas, my survival proves to be a curse. I'm thrust into a pack I’ve never heard of, where arrogant Alphas — with antihero tendencies, dominating chiseled bodies, and mysterious ranks — wrestle for control. I’m nothing here, and it turns out I beat death only to be rejected.

I'm exiled and abandoned, left to die at the hands of whichever predator discovers me first. Only I'm found by the chief's son, Alpha Killian — a man who carries the exact same mark as I.

I've discovered a loophole, and instead of being slain by this cold, merciless man, he decides I'm a worthy gamble. My flesh is deserving of his tender caress, my lips soft enough for his dominating hunger. My body is strong enough to handle his punishments, while my shattered heart summons my hidden talents.

I'm Killian’s secret weapon, but in order to survive, I have to promise him one thing:
I must never be a submissive wolf again.

MARKED BY REJECTION is a full-length (110k+) Paranormal Rejected Mates Romance. Recommended for mature audiences due to language and sexual situations. Trigger Warning in effect as this series reflects on the raw emotions of abuse survivors in various forms. Read at your own risk.
more
Amazon Other stores
Bookmark Rate Book

Similar books to 'Marked By Rejection: A Paranormal Shifter Romance'

All books by Avery Stone  ❯

Buy 'Marked By Rejection: A Paranormal Shifter Romance' from the following stores: