Edelweiss: She had no idea what would happen now or what the future held for her... 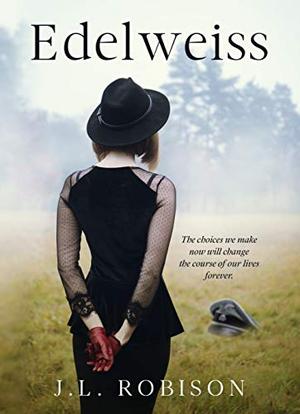 Eva Abrams thought leaving her relatively normal and uneventful life in suburban Utah for a summer internship in Europe was what she needed. A break from her normal everyday life and unwanted memories.

She arrives in England excited for the next three months, but little does she know it will soon throw her into a time of war and chaos- where men fought and died for total domination. She soon learns that the real job is to travel back in time to the 1940s. She knows it will be an experience like no other, but she must first overcome her fears of the unknown.

While living in the past her world is plagued with fear, loss, and uncertainty- revealing the hidden ugliness of war by a proud country who has once again engulfed the world in another conflict, allowing her eyes to see things she never thought they would. Unable to escape main land Europe before the Germans invade, her greatest fear materializes when she witnesses the arrival of the German army in the town square. All she wants now is to go home back to her mundane life, but she doesn’t know when or if that will ever happen.

Now trapped in the 1940s France, she stumbles into an unexpected romance with the person she should keep firmly at a distance, one that opens her mind to the understanding that people are not always as they seem- good or bad, which gives rise to the decision that puts everything else into motion.

Her life takes a drastic turn when the love she feels for the family she lives with and the suspicions of an SS Major put her in unimaginable danger, leaving the path in front of her treacherous and murky at best. She is now tangled in the grim realities imposed by war as the walls close in on her. She must choose between the life she knew and the past she now feels drawn to.

Similar books to 'Edelweiss: She had no idea what would happen now or what the future held for her...'

More books like 'Edelweiss: She had no idea what would happen now or what the future held for her...'   ❯

Buy 'Edelweiss: She had no idea what would happen now or what the future held for her...' from the following stores: