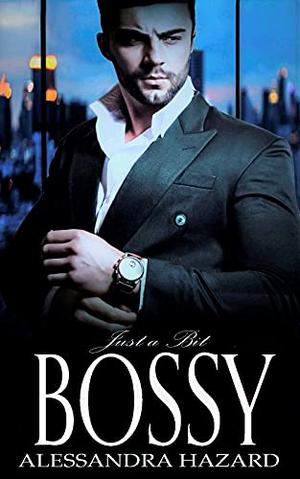 Boss from hell. Satan personified. A tyrant everyone fears.

Nate Parrish loathes his boss from the moment they meet.

Raffaele Ferrara is probably the most insufferable, domineering man in the world. He doesn’t seem to understand that his personal assistant isn’t actually his personal slave. He expects Nate to do his bidding with a single word. He expects that Nate’s whole life will revolve around him. He expects other, entirely unreasonable things, even though they’re both straight and there’s supposed to be a line your boss should never cross. Apparently, as his personal assistant, Nate has to assist him… personally.

Except Nate knows it’s just a game. His boss is straight. He knows Raffaele just wants to make him angry enough to quit. But Nate has always been too stubborn for his own good, and he’s determined to be the best assistant his boss has ever had, no matter how insane—or inappropriate—Raffaele’s orders may become. Before long, the two men are drawn into a twisted game neither wants to lose.

Nate knows it has to stop. He has to leave his job. It’s not good for his sanity. Except his horrible boss is like a bad addiction he can’t quit. The world feels boring without Raffaele’s intensity, and his focus on Nate might be infuriating… but it’s also something Nate’s starting to realize he can’t live without.

Just a Bit Bossy is a hate-to-love steamy MM romance that contains a power imbalance, age difference, two straight men who become obsessed with each other, and a happily ever after. Book 12 in the Straight Guys series, but it can be read as a standalone.
more
Amazon Other stores
Bookmark Rate Book

Buy 'Just a Bit Bossy' from the following stores: