Beauty and The Plug 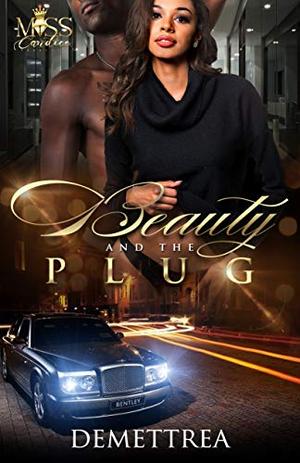 The Santos brothers are well known in the streets. Keeping up the legacy that their father left behind proves challenging, but they handle the dope game with ease by working on one accord, bonded by loyalty. Unfortunately, their love lives aren't as easy to maintain.

Nasir “Cross” Santos loses the love of his life by making one careless mistake. Shanecia is finished with him, refusing to put her heart on the line again. But Cross is determined to get her back. Sadly, not only is Shanecia's refusal to work him making things hard, but his spiteful ex, Eva, is standing in the way too.

Santiago “Santi” Santos is known to be a hard head but when it comes to his on again off again girlfriend Kourtney he’s a different person. The way Santi feels about her is no secret but despite the way he feels about her, Santiago isn't willing to commit. Kourtney is on the verge of throwing the towel in, fed up with the uncertainty of where their relationship stands.

Wisdom “Wise” Santos, the youngest brother of the clan, is pretty mellow in comparison to his brothers. That is, until he's pushed to his limit. His laid-back but charming personality is what draws Alana to him. Falling for her comes easy. But Alana's ex lurking in the shadows threatens to end their union before it even has the chance to truly blossom.

Promise, Wise's twin, is the only woman in the Santos clan. Because she has three crazy big brothers, she's never had a chance at love. As a given, she's tired of living under her brother's controlling influence. So, when she meets Zyaire, she rebels, going against her brothers wishes. Luckily, Zyaire, unlike many, isn't afraid of the Santiago Brothers and falls just as hard for Promise as she does for him. There's only one problem: things aren't what they seem.

The Santos Family has a lot going on and things are only going to get worst. Question is, will they come out unscathed or will hidden agendas and treachery threaten the survival of their empire?
more
Amazon Other stores
Bookmark Rate Book

Similar books to 'Beauty and The Plug'

Buy 'Beauty and The Plug' from the following stores: