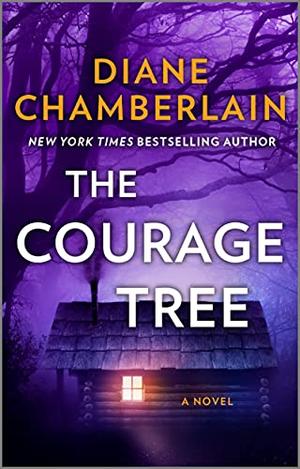 Eight-year-old Sophie Donohue just wanted to be like every other little girl. Which is why her mother, Janine, reluctantly agreed to let her go on the weekend camping trip with her Brownie troop. But when Janine arrives to pick up Sophie after the trip, her daughter is not among the others. Somehow, along the forested route from West Virginia, Sophie has disappeared.

Sophie is no ordinary 8 year old. She suffers from a rare disease, and Janine has recently enrolled her in an experimental treatment as a last effort to save her life - despite the vehement objections of her ex-husband, Joe, who believes conventional medicine is the only route to take. The only person to support Janine in her decision is Lucas Trowell, someone familiar with the herbs used in the treatment. Lucas has been encouraging Janine to keep Sophie in the program, and, indeed, the little girl has been showing remarkable improvement.

All her mother's instincts tell Janine that Sophie is alive, but time is running out. Without her treatment, it's only a matter of days before Sophie's illness will claim her life. As Janine, Joe and Lucas embark on a desperate search to find Sophie, envy and suspicion grow between the two men, casting doubts on each other's true motives for helping Janine.

Deep in the forest, another drama unfolds. Sophie has found refuge in a remote cabin inhabited by a woman who wants nothing to do with the little girl. She's desperate to help her own daughter, who has been wrongly imprisoned for murder and who, after escaping, is on her way to join her mother. Sophie's arrival puts in jeopardy her daughter's future, but the mysterious woman is as determined to save her daughter as Janine is to save Sophie.

Only one of them can succeed.
more
Amazon Other stores
Bookmark Rate Book

Similar books to 'The Courage Tree'

Buy 'The Courage Tree' from the following stores: