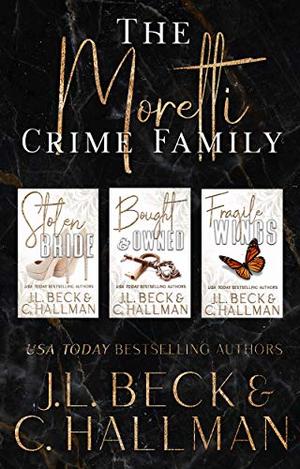 Three novella prequels, available for a limited time in this complete boxed set.

Stolen Bride:
Stole in the dead of the night I forged her signature on an unbreakable contract.
She would become my wife.
She would give me an heir.
She would help me destroy her father and get my revenge.

Bought & Owned:
I didn’t know what caused her to end up on that auction block.
And I didn’t care either.
All I knew was that I had to have her…no matter the cost.
One-million dollars later and she became just that.
Mine to break.
Mine to use.
Mine to keep.

Fragile Wings:
I thought the world of him. Then he showed the dark monster lurking beneath.
He says he’ll protect me from anything. He doesn’t know the only thing I need protection from is him.
more
Amazon Other stores
Bookmark Rate Book