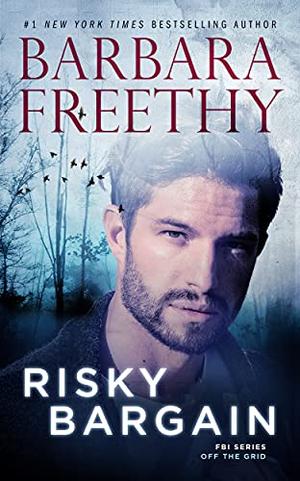 FBI Agent Lucas Raines is a man on a mission, desperate to find a kidnap victim, the billionaire CEO of a video game company, who disappears during a horrific home invasion that leaves one person dead and others terrorized.

Kat Parrish never thought that sneaking into a billionaire's party would end with her hiding in a closet, her clothes spattered with blood, her ears ringing from the sound of gunshots. But her problems don't end with the arrival of the police. In fact, they are just beginning, especially when a handsome but ruthless FBI agent starts asking the hard questions. She has to decide whether a lie or the truth will not only save her life, but that of her friend.

As Lucas and Kat dive deep into the world of gaming, it quickly becomes clear that there are games being played on different levels. The players keep changing. The goal posts are constantly moving. No one is who they appear to be. There's a bigger mystery behind each door they open, and soon they can only trust each other. But should they?

The romantic suspense continues in RISKY BARGAIN, the next book in the bestselling Off The Grid: FBI Series!
more
Amazon Other stores
Bookmark Rate Book

The 'Off The Grid: FBI' series