Our Essence Survives: A Historical Novel about Inner Strength and Courage 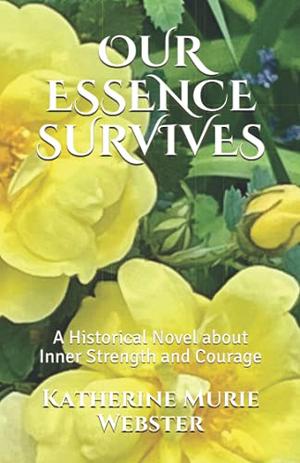 FRIEDRICH KLUCKE’s father announces, “Starting Monday, Conrad, my son, will step up and run the brewery.” Friedrich barely contains his shock, anger and disappointment. He struggles to understand why Father chose an adopted son over his own flesh and blood. That night at the pub, he finds a suggestion to go to America appealing. He sees it as an opportunity to make his own mark on the world.

ELIZABETH HESS’ heart soars at the words, “We go!” Elizabeth hopes America will be less conventional than Romania. While on her voyage with her family unforeseen hardships crush her spirit, forcing her to do what she feels is right.

DICK sits at a campfire feeling blessed. There is no other place he wants to be than out in God’s great wilderness. His wife in Taos, New Mexico requests he stop his wandering and embrace the confining city life. But can's shake his desire to be free.

They do not see what is just around the bend. All their struggles, beliefs, desires and secrets will extract their character and build their futures.
more
Amazon Other stores
Bookmark Rate Book

Similar books to 'Our Essence Survives: A Historical Novel about Inner Strength and Courage'

More books like 'Our Essence Survives: A Historical Novel about Inner Strength and Courage'   ❯

Buy 'Our Essence Survives: A Historical Novel about Inner Strength and Courage' from the following stores: