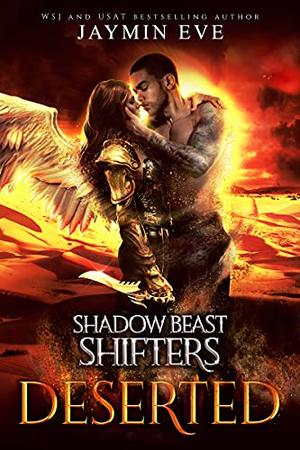 A standalone story in the Shadow Beast Shifters world. Best read after Reborn for storyline continuity.

Melalekin "Angel" of the Honor Meadows has been a warrior her entire life. Battle. Death. Loss. They were her constant companions until the day she met Mera Callahan. A shifter who ended up being so much more. A shifter who changed her life, and now... she has been reborn. The scars of her past are gone. Her losses muted under the new life she plans on living.

There's just one being standing in her way. A grudge holding desert deity who has made an art form out of making her life hell.

Reece of the Desert Lands is a god unused to being defied, and he has a very long memory when it comes to those who wronged him. Angel is the one he blames for the worst loss in his life, and he'll never let her forget it. Their history is tragic and bloodied, and the pair are set to clash one more time, especially when they end up trapped in the very spot where they lost it all. A meeting of the dynasties in the Delfora, the ancient desert lands, will force them to the place it all began.

Here they will learn that sometimes the past defines your future. And that there is a fine line between love and hate.

* This is a standalone in the Shadow Beast world, and does NOT end on a cliffhanger. It is full length at 100k words, and it is advised to read the first three in the Shadow Beast Shifters series first (Rejected, Reclaimed, Reborn). This is an enemies to lovers story, with action, snark, anti-heroes, and steam. It is recommended for 18+ due to storyline and situations.
more
Bookmark Rate Book
Amazon Other stores

Buy 'Deserted' from the following stores: