There Are No Saints (Sinners Duet #1) 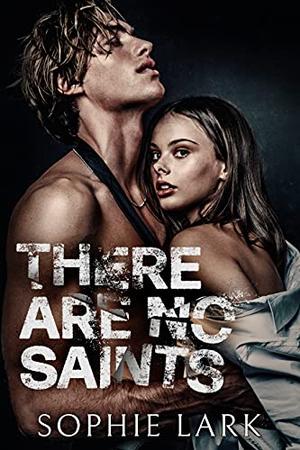 We never chased the same prey. Until the night we both laid eyes on Mara Eldritch.

Shaw wants to use her as a pawn in his twisted game.

I’m fixated on her for a different reason…

Only she can make me lose control.

I don’t know if I should protect her at all costs… or destroy her before she ruins me.

Mara knows I’m no saint. But she has no idea she’s dancing with the devil…


The Lark Notes:
I have always been fascinated by true crime, as well as by villains and anti-heroes. A serial killer is, of course, the ultimate anti-hero — the baddest of the bad boys. Redeeming a character who starts so evil was a challenge that inspired me to entirely new heights and entirely new depths. Come on this darkly sensual and utterly brain-bending ride with me! — Sophie

"There Are No Saints” is the first book in the Sinners Duet. Reader be warned: this is a dark and steamy serial killer romance that will take you on a journey through the twisted mind of an artist on the brink of madness.
more
Amazon Other stores
Bookmark Rate Book

Similar books to 'There Are No Saints'

The Bully
The Bully
(Kingmakers #3)

All books by Sophie Lark  ❯

Buy 'There Are No Saints' from the following stores: