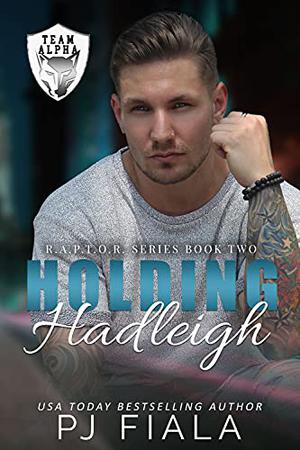 A RAPTOR operative on a mission.
A social worker with unfaltering compassion.
And the competition that sparks desire.....


Former Army Ranger Donovan Keach can't stand the scum that threatens children. Determined to take down an online pedophile, he'll stop at nothing until the criminal is locked up for good. But when he encounters a sexy, but nosy social worker, he suspects foul play.

Hadleigh Watterson will do anything to protect innocent children. While gathering evidence during a case study, Donovan sidetracks her plan. She's ready to barrel in and take down the vermin muddying the innocent. Donovan has other plans. With an intense attraction building between them, teaming up is their only option. Can Donovan uncover the criminal while holding on to Hadleigh for good?
more
Amazon Other stores
Bookmark Rate Book

Buy 'Holding Hadleigh: A Protector Romance' from the following stores: