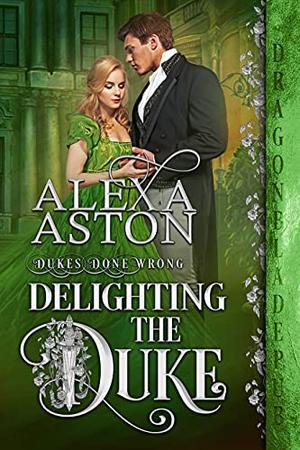 An army major whose soul is stained by war. A lonely bluestocking who failed miserably during her first Season. Two strangers who bond over an injured kitten . . .

Aaron Hartfield is forced to leave the army and return to England to claim a title he never wanted when his brother is killed in a scandalous duel. Hart’s friends convince him to attend the Season in order to find himself a duchess and provide an heir—but he has no interest in making a love match.

After a disastrous come-out, bluestocking Olivia Knight retreats to her uncle’s vicarage in the country for five years. With his death, she returns to London and finds her father and loathsome cousin planning to choose a husband for her. Olivia is interested in a man’s character, while her relatives want her to secure a wealthy peer with a lofty title.

When Hart meets Olivia, he realizes no one else will do as his duchess, but he keeps silent, wanting her to grow in confidence and receive the attention she deserves before he offers for her.

Will Hart wait too late and lose his chance with the blossoming Olivia—or will he speak up and find a lasting love with the ugly duckling who has turned into a beautiful swan?

Find the answer in Delighting the Duke, Book 4 in Dukes Done Wrong.

Each book in Dukes Done Wrong is a standalone story that can be enjoyed out of order and can be read for free in Kindle Unlimited.

Similar books to 'Delighting the Duke'

Buy 'Delighting the Duke' from the following stores: