Angel Comes to the Devil's Keep: Book 1 of the Twins' Trilogy (Twins’ Trilogy) 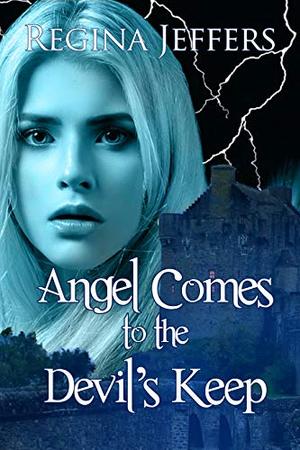 Huntington McLaughlin, the Marquess of Malvern, wakes in a farmhouse, after a head injury, being tended by an ethereal “angel,” who claims to be his wife. However, reality is often deceptive, and Angelica Lovelace is far from innocent in Hunt’s difficulties. Yet, there is something about the woman that calls to him as no other ever has. When she attends his mother’s annual summer house party, their lives are intertwined in a series of mistaken identities, assaults, kidnappings, overlapping relations, and murders, which will either bring them together forever or tear them irretrievably apart. As Hunt attempts to right his world from problems caused by the head injury that has robbed him of parts of his memory, his best friend, the Earl of Remmington, makes it clear that he intends to claim Angelica as his wife. Hunt must decide whether to permit her to align herself with the earldom or claim the only woman who stirs his heart—and if he does the latter, can he still serve the dukedom with a hoydenish American heiress at his side?
more
Amazon Other stores
Bookmark Rate Book

Similar books to 'Angel Comes to the Devil's Keep: Book 1 of the Twins' Trilogy (Twins’ Trilogy)'

Buy 'Angel Comes to the Devil's Keep: Book 1 of the Twins' Trilogy (Twins’ Trilogy)' from the following stores: