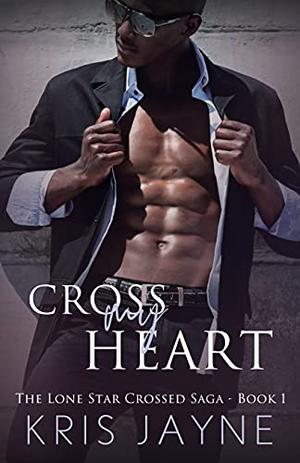 The star-crossed love affair starts with a lie...

Real-estate mogul Carter Cross has spent his life toiling for another man's legacy. Then, a phone call unlocks his true family destiny. With his famously cool command, he’ll stop at nothing to seize the Cross family’s birthright.

When the country’s wealthiest oil baron drops dead in a most scandalous fashion, tabloid reporter Nisha Donovan gets assigned to dig up dirt on the new J.P. Star Energy executive—the filthier, the better.

Neither of them counts on their undeniable attraction derailing their plans, but sometimes a star-crossed love can't be denied. Can Carter and Nisha escape the snares of power to build a new legacy together?

Coming in October 2021, Cross My Heart is book one in The Lone Star Crossed Saga, although each book in the series can be read as a standalone with a happily ever after. No romance cliffhangers. The books have heart and heat, so grab a fan along with the book!
more
Amazon Other stores
Bookmark Rate Book

Similar books to 'Cross My Heart'

Buy 'Cross My Heart' from the following stores: